The planet Venus is rich in archetypal symbolism.

It is also described as the Morning Star, the Bringer of Light. It is related to love, human unity, beauty, and oneness.

On June 8, 2004, the path of Venus directly crossed over the Sun, an eclipse lasting for the space of seven hours. The energies of Sun and Venus “blended” together, and these radiations made their way into the Earth’s fields, bringing the energies of love and unity into the mass consciousness of the planet, and into every Human Being consciously or not :)

Venus transits always come in pairs. The second passage of Venus across the Sun’s disc takes place on June 6, 2012. The eight-year period in between represents a “doorway” through which Unity consciousness will be beamed to Earth and every living Being.

This “doorway of Venus” remains open until 2012 AD, the completion of our current cycle of human evolution. Some refer to this date as the end of linear time, or as the end of a period of human consciousness conditioned by separation and duality. The Mayans refer to this time as the Return of Quetzalcoatl, the Plumed Serpent, and look to this eight-year doorway as the timeframe within which the mass enlightenment of humanity will take place.

People all over the world are being guided to come together in ceremony/intention/prayer to this Venus Transit, June 6-8, to support and consciously invite, as active and conscious participants, of this time on Earth, this Unity Energy. To invite balance between our Female and Male Selfs. To invite through this Unconditional Love.

So this coming Wednesday evening, the 6th of June we will definitely be joining in this global event, with all our Hearts. 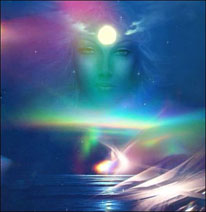